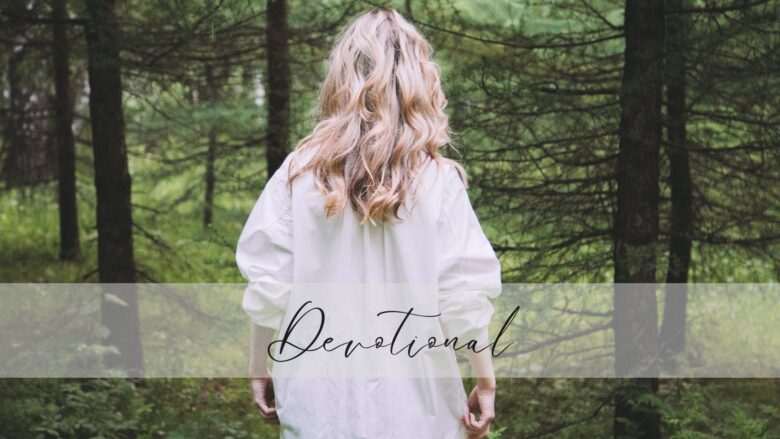 A few years ago, a thought came into my head: God can change His mind. This revelation was revealed to me after I had been in a specific relationship.

Before I went into the relationship, I felt the Lord saying to me, ‘Trust Me, and do this.’ And so I did.

A year later, things looked completely different. The Lord doesn’t control people; He gives them free will. In this relationship, things had changed suddenly and now things looked differently. I went back to the Lord for an updated revelation from Him. I felt that it was time to break off this relationship. I felt the Lord saying to me, once again, ‘Trust me, and do it.’

It was two same sentences, but at different times in my life with one specific situation.

I believe the Lord gives us choices and opportunities. It is up to us to react to it. And how we will react, is entirely up to us. The Lord gives us the freedom and choice to do so.

This is why it is so important to constantly plug into the Lord and what He has to say to us.

I shared this revelation with a couple of people, but every time they would look at me in shock. ‘Never! God never changes!’ They reacted as if I was blaspheming against God. I found this so interesting. I am not taking on God’s nature; certain things about Him will never change. I am simply stating that what He has to say about our circumstances and choices can and will change.

Do we really want to put God in a box like this? God changed his mind when it came to Moses, Abraham & Jonah. God still changes His mind up till today.

Life is a journey filled with many ups and downs. The mountains and valleys are there, but so can the Lord be with us as we navigate these roads. It’s important to receive updated revelations from the Lord, as life changes constantly and never stays the same.

This week, I finally found Scripture verses backing me up on this. For some reason, I had never thought of looking in the Bible to back up this statement. But there were countless times in Scripture when the Lord changed His mind.

Moses And The People

When Moses came down from Mt. Sinai after receiving the Ten Commandments (Exodus 32) he found that the people had fallen into sin. They had made for themselves a golden calf and were worshipping it. God then told Moses that He was ready to destroy the nation. Moses pleaded for the people and the Scripture says,

And the LORD changed his mind about the disaster that he planned to bring on his people (Exodus 32:14).

Is this not a clear example of God changing His mind?

He Regretted He Made Saul King

Scripture seems to say that God had second thoughts about making Saul the king of Israel.

I regret that I made Saul king, for he has turned back from following me, and has not carried out my commands.” Samuel was angry; and he cried out to the LORD all night (1 Samuel 15:11).

God Changed Toward The Nineveh

In the Book of Jonah, we have a similar situation. God was going to destroy the people of Nineveh. They repented of their sins and God had mercy on them.

Then God saw their works, that they turned from their evil way; and God relented from the disaster that he had said he would bring upon them, and he did not do it (Jonah 3:10).

Source: Does the Bible Say God Changed His Mind?