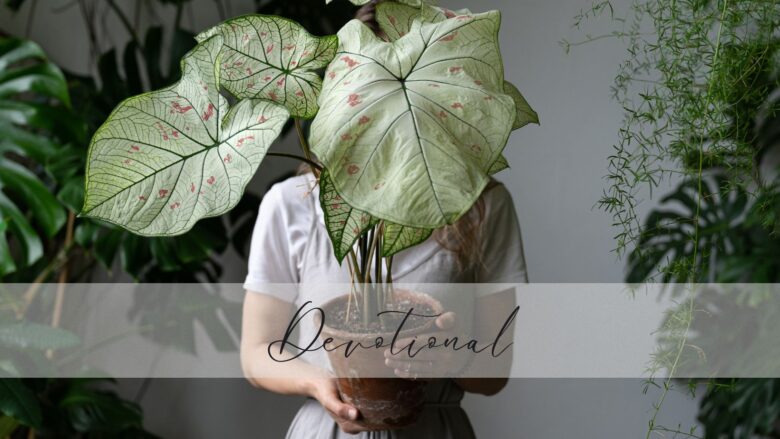 Last night we watched a brilliant teaching by Banning Liebscher, aptly titled ‘Living An Intentional Life.’ Banning is the founder and pastor of Jesus Culture in Sacrament, USA. He spoke about how the type of soil that we plant ourselves in, matters greatly. Three things nurture the soil in our lives: the Word of God, the Presence of God, and the community of God.

But it’s a lie. Everything in the Kingdom is upside down. Yes, it is good to stand on our own two feet and take responsibility for our lives, but the more we become dependent on God, the more we grow in maturity. Likewise, living in a community is vital for our growth.

We were not meant to do life alone, and I needed this reminder last night. ‘Grace and strength are found in community,’ Banning shared. He also said, ‘When you’re isolated, you become a massive target for discouragement.’

There’s a reason why the Lord created people, and we are meant to prophesy into each others’ lives and build one another up. We were created to thrive and grow in community. 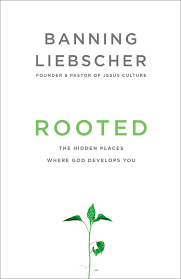 I found this book by Banning Liebscher in my bookcase this morning. It’s called Rooted, and for some reason, I haven’t read that book yet. But I’m going to start reading it this week.

The subtitle for this book is ‘The Hidden Places Where God Develops You.’

You were born to make an impact in this world and you know it. You feel it deep down in your bones. Apathy is your nemesis and your hunger to change the world keeps you up at night. But no matter how deep this hunger grows, we can only make a meaningful impact if we are rooted in Jesus. And here’s the thing:

God is not interested in developing your vision first.

In Rooted, Banning Liebscher takes us to the life of David to show how God expands our root system in the hidden places before leading us to where we all desire to go, the visible world. It was in a field of prayerful devotion, a season of serving, and a cave of community that God prepared David for his crown, the same way God prepares us. Take a look at your own life. Are you embracing God’s process, the sometimes painstaking and maddening process? When we can release ourselves to God we will find that we can thrive while He develops us, rather than succumb to discouragement.

Whatever your age or season of life, it takes immense courage to slow down enough to let God grow a root system in your life so that you can bear fruit that remains. You are where you are because God has planted you there. Discover what it looks like to embrace His process so you can do what He has called you to, change the world.

Black Hawk Down, a film that came out in the 2000s, is the story of 160 elite U.S. soldiers who dropped into Mogadishu in 1993 to capture two top lieutenants of a warlord. The soldiers suddenly found themselves in a desperate battle with the Somalis. The slogan of the film sums it up perfectly: ‘Leave No Man Behind.’ As these soldiers are dropped off by helicopter in the middle of a disastrous and chaotic war, they all vow to leave not one many behind – alive or dead. And that’s what they do during the entire film; even the dead ones are carried on the back of the soldiers who are still alive. The commitment and dedication they have to one another are astounding.