Lion In My Bedroom 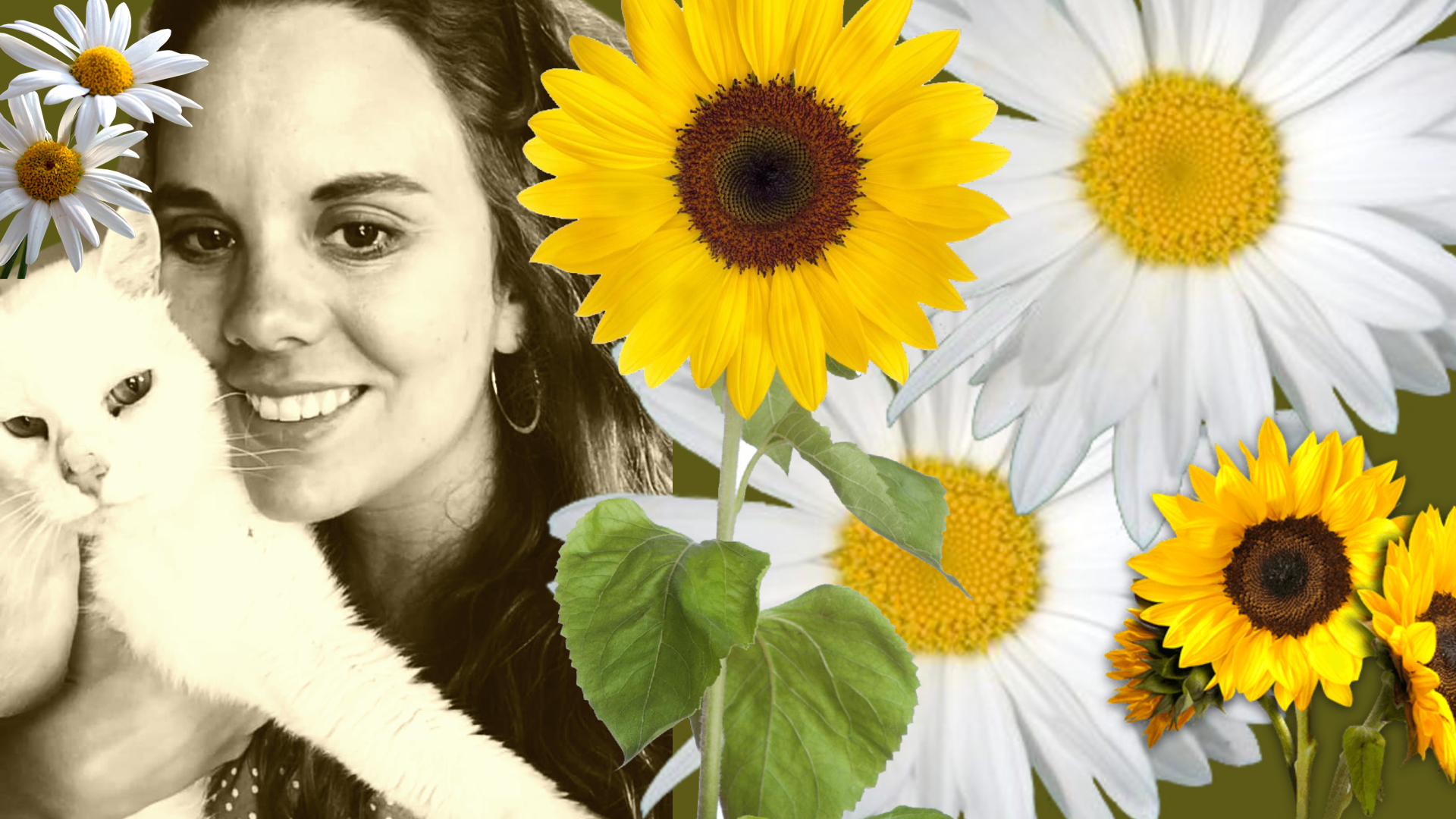 I have a gorgeous Danish feline called AllyCat. He’s been my loyal and faithful companion for eleven years. Ally wakes me up every morning, follows me around the whole day and regularly interrupts my sleep patterns during the nights.

In short, he is my shadow.

He has also been my ears for many years now.

Throughout my life, my father was my source of security. At night, when I went to sleep and took off my hearing aids, I could not hear a thing. But I knew that my father would walk around the house, making sure everything was in place and that every door was locked.

My father was also a light sleeper – just like my cat. He could pick up on the tiniest sound and be fully awake immediately. He would then get up from his bed and go check out the source of the sound.

When my father got sick, he didn’t have the strength to walk anymore. I took it upon myself to check that the doors were locked, and that everything looked good before we all went to bed at night.

My father also started to sleep more deeply, not awaking to the sounds around him anymore.

It was then that I became dependent on my cat for his ears.

Because when I take off my hearing aids, I can’t hear a thing. I am completely, totally, profoundly deaf.

My cat likes to sleep with me on the bed, and he sleeps against my body. When he jolts awake to a strange sound, I wake up as well.

In short, he is my alarm system to all sounds foreign and domestic.

After my father passed away, I began to feel unsafe.

It would happen at night only, after I went to bed. I still locked all the doors and checked that everything was okay, but something was off.

It was a subconscious thing that happened gradually. It wasn’t as if I told myself every night, ‘Vicki, your father isn’t here anymore; you are not safe!’

It was more a case of: I locked all the doors, checked if everything was good, then went to bed. Everything would be fine until I would jolt up awake for no reason.

I would sense there was something in my room.

It wasn’t Ally I would sense. He would be sleeping next to me, sound asleep. But when I would jolt awake, he would as well. I would look at my cat, waiting for any sort of reaction.

But he would just look at me and go back to sleep.

But I could sense there was someone, or rather something, in my room.

A lion in my bedroom.

And it has continued visiting me in my room every night.

It is not fear as such, but rather a sense that there is someone / something in my room, and I don’t understand why it’s there or why it’s coming to my room.

There is someone in this estate that wants to take away my source of security:

Let’s call this guy the Security Guy for the sake of anonymity. He works for the estate’s security and he has the authority to take away my cat.

In this specific estate where I live, there’s a rule that cats are not allowed. But dogs are.

Even after I received special permission from the estate’s board of directors, even after I got a letter from a psychologist and a doctor saying that I need my cat, Security Guy still wants to catch my cat and take him away to the SPCA.

(Yesterday we even received an email saying that there’s a black cat and a white cat that’s been making trouble around the estate. In the same email Security Guy boasts that he bought a special net and he already caught another house cat and took him to the SPCA).

I have done everything I could to make sure my cat does not make any trouble in this estate.

But you see, the real problem is this:

There’s more than one white cat on this estate.

But Security Guy believes firmly that it’s my cat that’s making all the trouble.

Security guy is walking around like a lion, ready to ravage a precious, irreplaceable thing he can take away from me.

‘Be sober, be vigilant; because your adversary (the devil) walks about like a roaring lion, seeking whom he may devour…’

In a place that is supposed to be safe, I don’t feel safe anymore.

Today AllyCat and I had a chat. He wanted badly to go outside and sleep under one of the bushes.
I told him no, because there’s a lion out there that’s waiting like a vulture, waiting to catch my miniature lion.

I looked at Ally and said, ‘It’s all because you’re white. If you were another colour, you wouldn’t be in trouble.’

As an afterthought, I said the following as well, ‘Yes, Security Guy is a racist.’

Today, I came across this post that I wrote while I was in the United States three years ago. My father was still alive and well. It is a testimony of how God always came through for me regarding my personal safety.

Right now I am proclaiming that same peace to come back into my life, to ravish the lion in my bedroom and to keep me and my miniature lion safe at all times. And to keep the Security Guy far away from us.

‘As I walked to my flight gate at the airport to fly to San Francisco, this undeniable peace of God suddenly surrounded me like a heavy cloud. It overwhelmed me and for the first time I felt unspeakable freedom. This peace would never leave my side at all during the 9 months that I would be in the US.

Then about 3 weeks before I was to come back to South Africa, I pleaded with God that I didn’t want the fear to come back to me. I wanted the peace to stay with me, at all costs.

That very same day, I went to a pool party close to my apartment. After a couple of hours in the heat, I told my housemate that I was going back to the apartment to take a nap.

As always, I locked the front door behind me, and went to my room.

As I started to fall asleep, I felt someone sitting next to me. I thought it was my housemate that had come back to ask me something.

When I turned over in my bed, there was no one there but I saw a bulge on the top of the bed, as if someone was really sitting there. I thought it was a bit strange, but I was already half asleep and I felt no fear. So I turned over and went back to sleep.

Then I started having dreams about sheep. Everywhere in my dreams, there were sheep everywhere.

I remember thinking in the dream that this was very strange, because I hadn’t seen any sheep recently and we were nowhere near a sheep farm.

When I woke up from my nap, my whole room smelled like sheep! The smell was so strong and so weird. But still I thought nothing of it.

As I got up from my nap, my housemate was back from the pool party, and she looked at me worriedly.

Then she told me that the front door had been wide open all this time that I had been sleeping. It turns out that I hadn’t shut the door properly, and the wind blew it open.

She asked me if anything had happened to me while I was sleeping, and I said no, but at one stage I did think that she came back from the party to ask me something.

Then I told her that I had felt someone sitting next to me while I was sleeping. And that I dreamt about sheep, and when I woke up my whole room smelt of sheep.

She interpreted the dream for me, and it was truly spot on:

– It could’ve been Jesus or an angel that came and sat next to me to protect me while I was sleeping.

– And the fact that I dreamt about sheep means that Jesus really is my Shepherd and He is looking after me.

– And that is why my whole room smelt of sheep when I woke up – it was a manifestation of what had happened while I was sleeping.

Ever since I came back to South Africa, I have not once felt the old familiar fear again at all. I remind myself of what had happened while I was sleeping, and the fact that Jesus truly is my Good Shepherd is a revelation that will stay with me for a long time!’

‘Resist him (the lion), steadfast in the faith, knowing that the same sufferings are experienced by your brotherhood in the world.’

‘In peace I will lie down and sleep, for you alone, Lord, make me dwell in safety.’

What does safety and security mean to you?

Where do you place your security?

How do you deal with the fear of living in South Africa?