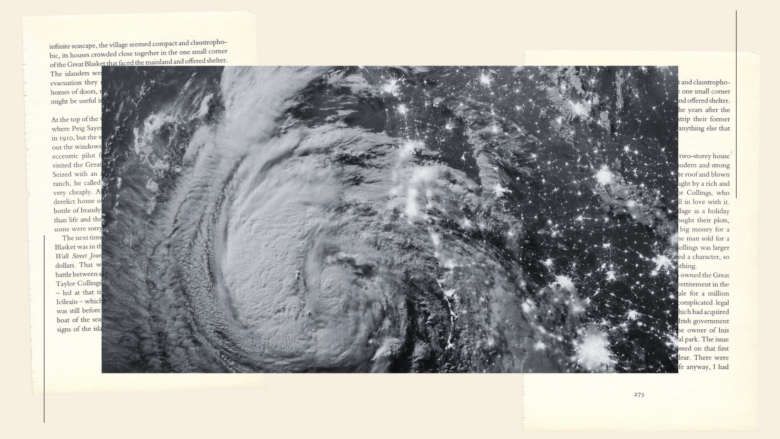 Ever since I launched JSSM in November 2021, the response has been overwhelming. Here are some of the lovely feedback I received:

Rupi Kaur has a quote that hits the nail on the head: ‘I hear a thousand kind words about me and it makes no difference. Yet, I hear one insult and all confidence shatters.’

That’s the power of our words; they can create or destroy.

I remember when I won Miss Deaf South Africa in 2009. I was nineteen years old, fresh-faced, and ready to take on the world. The response from the media, family, and friends was overwhelming when I won. But… there was a small group of people who were incredibly negative about me winning. They sent me messages, emails, left posts on my social media, all just to break me down.

‘You’re not worthy of the crown,’ they said to me.

At one stage, it became so bad that I considered giving back my title.

But what those people didn’t know, was that God had given me strong words about doing this beauty pageant. That’s why I went and conquered it. That group of people hadn’t known the journey I had walked to get there, the sacrifices and obedience that had to take place before I did it. I didn’t simply wake up one morning and thought, ‘I want to do a beauty pageant.’ It was years of preparation and conversations with the Lord. In fact, I also competed in the Miss Deaf SA the year before, in 2008, but came in second. I was crushed but knew I had to try again. I had to hold on fast to the word the Lord had given me. Winning the crown in 2009 was a sweet but hard-earned victory.

Not since I did that competition, had I received such a backlash again.

Until I launched JSSM.

Writing down the negative feedback has been incredibly cathartic, for it’s helping me identify the lies and it’s also helping me recognize the strategies the enemy is using to get me off track.

Here are some of the negative feedback I received. (Interestingly, they are all an attack on my character and who I am as a person. It all comes down to identity)

Someone said this after I ministered prophetically at a gathering. Instead of saying something like this, why not rather say, ‘I am amazed by your boldness in how you minister’?

A spiritual leader of Jeffrey’s Bay sent me a very damaging message just one hour after I officially launched JSSM’s marketing poster. In fact, the color of the poster and logo was a last-minute change. I wasn’t even thinking of his church’s logo or design at all.

A spiritual leader told me and my mom this after we visited him in his church office. We both walked out there, shocked by how he treated us.

‘I didn’t even think of myself as a ‘woman’ when I decided to start JSSM,’ I said to my mom. In the Lord’s eyes, we are all equal beings.

Someone said this to me, shortly after meeting me. This seems to happen regularly, and I understand why people will think that. But why say it out loud? Why not instead say, ‘You speak remarkably well, and I applaud you for the way you speak’? I find it interesting that in this day and age, we still think we can say comments like this without thinking it will hurt the other person.

This one is probably meant to be a compliment, but it’s not. It looks like when some people see me, all they say is the ‘deafness.’ There’s so much more to me than just that. Instead, when complimenting JSSM, focus on the amazing thing the Lord is doing. Not on my hearing loss or abilities.

The prophetic words over JSSM are incredibly powerful. So many of them come into alignment with my own prophetic words that I’ve received throughout my life. I cannot think – and I cannot believe – that others would try to attack the words God has spoken. Do people really have the audacity to even dare to do something like that? Unfortunately, yes, people do it all the time. Even in Scripture, we will find numerous examples of where people questioned God’s word upon people’s lives.

When I did BSSM in 2016, I was introduced to Steve & Wendy Backland’s ministry, Igniting Hope. They brought out a book called ‘Let’s Just Laugh At That.’ It’s a powerful book about laughing at the enemy’s lies, and it often comes in the form of people’s thoughtless comments. This book ‘exposes numerous falsehoods and reveals the truth that makes us free.’

As I am writing this article, I find myself laughing at the absurdity of these negative comments. Really, let’s just laugh at that, shall we?

And then… everything died down.

It became eerily quiet. I was almost – could it be – bored?

After weeks of taking the kingdom by violence (Matthew 11:12), everything quietened down. For a moment, I was worried. What was going on?

I attended a church service shortly after, and a man came from Klerksdorp to ministry. He played the keyboard and sang the song ‘Goodness of God’ by Jenn Johnson while ministering. It was a beautifully creative morning, and during his sermon, he suddenly looked directly at my mom and me. We were sitting in the third row from the front, and he said, ‘There’s someone in this room that needs to hear this: Sometimes you find yourself in a storm. And then suddenly it becomes quiet. The storm is still raging on, but you have found yourself in the eye of the storm. That is your secret place, your quiet place, where you can renew your strength and connect with Jesus.’

Right there he hit the nail on the head. So that’s what I’ve been experiencing all along!

According to Google, this is the definition of the eye of the storm:

‘The eye is the focus of the hurricane, the point about which the rest of the storm rotates and where the lowest surface pressures are found in the storm…

It is actually the calmest section of any hurricane. The eye is so calm because the now strong surface winds that converge towards the center never reach it.’

My friend Estelle sent me this beautiful passage this week, and it simply confirms what it means to live in the eye of the storm:

‘I am preparing you for what is on the road ahead, just around the bend. Take time to be still in My Presence so that I can strengthen you. The busier you become, the more you need this time apart with Me. So many people think that time spent with me is a luxury they cannot afford. As a result, they live and work in their own strength – until that becomes depleted. Then they either cry out to Me for help or turn away in bitterness.

How much better it is to walk close to Me, depending on My strength and trusting Me in every situation. If you live in this way, you will do less but accomplish far more. Your unhurried pace of living will stand out in this rush-crazed age. Some people may deem you lazy, but many more will be blessed by your peacefulness. Walk in the Light with Me, and you will reflect Me to the watching world.’

This year, may I become more aware of that secret place, that place in the eye of the storm. There are times we have to enter the storm and take the kingdom by violent force, and then there are times to go back into that still, silent space.

I want to guard that place and protect it with all my heart. It is the wellspring of life, and we cannot do without it. May it be a place where I can come back to, time and time again, the midst of the chaos and the war and the storms.

Just as soon as I finished writing this article, I looked at my phone. I opened up a New Year’s message from a friend in Bloemfontein, and this is what she sent me – so spot on and in line with this article:

‘A joyful 2022 I pray for you! A year of growth, a year of structure, a year of making health a priority, a year of not believing the lies of the enemy, but believing the TRUTH God speaks to us, for us, and instills in us. Remain in Him, in the secret place of the Most High.’

Lord, I do not want to dwell in places that make me feel insecure or weak, or anxious. I want to dwell with You, in the secret place of the Most High, where my heart can flourish and thrive. God, draw me often to this place. Help me to stay here with ever greater frequency, where no foe can enter. In Jesus’ name, Amen.

‘He who dwells in the secret place of the Most High shall remain stable and fixed under the shadow of the Almighty, whose power no foe can withstand.’ Psalm 91:1

The secret place is where only we and God go. It is our private place, secluded and intimate.

‘Cause the secret place is secret
That’s where it gets its name
It’s not hiding, but it’s hidden
Far from all religious games
No, it won’t bring recognition
Or get called up on a stage
‘Cause the melody is sacred
You sing in the secret place

It’s an open invitation
No words you have to say
If you want it, you can get there
There’s a thousand different ways
There’s no glory in the method
None are right and none are wrong
You just put your trust in Jesus
And then start to sing along

‘Cause just as you are, you’re welcome
There’s no part you have to play
Doesn’t need to be impressive
Couldn’t do that anyway
‘Cause when it gets too complicated
That melody will fade
But if you take the time to listen
You can hear heaven’s refrain
(Oh, oh)

So, I’m running to the secret
I’m going there today
I got no reason not to worship
And get undignified again
There’s no time for inhibitions
Or to care what people say
I won’t waste another minute
Take me to the secret place 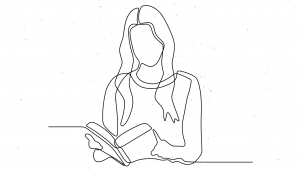