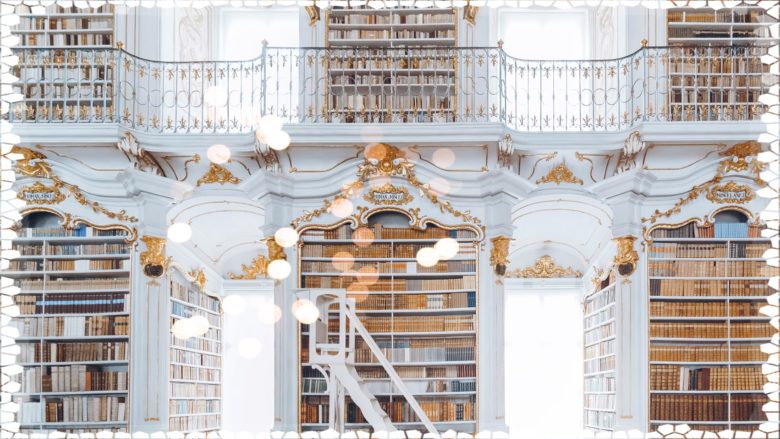 At the local library, there’s a white woman who works there.

But I am getting ahead of myself. Let me give you a backstory first.

*
I grew up spending most of my Saturdays at the one and only library in Worcester. I adored books, so much that I told my father I wanted to build a house right next to the library.

Because of my hearing loss, I am highly sensitive when it comes to body language. I could always immediately pick up when someone was in a sad, angry or bad mood. Up to this day, I walk into a room and immediately pick up the ‘vibe’ that has already been created.

The women who worked at this library in Worcester weren’t always friendly towards me, but I decided to live above it once I realized that they were this way with all the readers who came to take out books.

Fast forward to the present day.

I recently renewed my membership at the local library here in Bloemfontein. For the last couple of years, I have hardly read a single book. This year, I decided to go back to my first love, which is reading and to learn off a bad habit, which is watching hours and hours of television series on Netflix.

So far, so good. I’m slowly reverting to reading more often, and I no longer have a desire to watch television anymore. I’ve started to notice that it’s not stimulating enough and I get bored quickly.

Whereas with books – any good book – I am transported into another world. I get to feel what the characters are feeling, and I get to live their lives in my mind.

But there’s a white woman who works there – and why I am specific in saying it’s a white woman is because most black people these days are commonly rude to white people. Call it affirmative action, call it racism, call it whatever you will, but I have decided to keep my actions and attitude pure towards everyone. Whenever someone is rude towards me – and in this case, black people – I don’t take it personally. I live in South Africa, and we have a long and complicated political history which

I will not delve into in this essay.

For this essay, I am focussing on this specific white woman.

She is my age; a tall, blonde, pretty woman.

On the day I went in to renew my membership at said library, I was excited because I had just found out how incredibly expensive books are in the bookstores these days. Taking out a book at the library makes so much more sense, and if there’s a book I love and know I will read again, I can go buy it at a second-handed store.

But for now, the library will make do.

This specific white woman was there to help me reinstate my membership. At first, she was fine towards me. Towards the end, I started noticing that she became cold and blunt towards me. I was taken back, as I had kept on being friendly towards here.

‘Oh my goodness, that’s terrible. Saturdays usually are the days when everyone comes to the library.’

On that, she didn’t even reply.

Anyhow, that day I thought, ‘Maybe she is like that with everyone. Maybe she hates her job. Maybe she doesn’t get paid enough.’

But every time I went to this library, she kept being cold and distant towards me. Surprisingly, the black staff was more friendly towards me. I decided to check to see if she’s this way with everyone else.

And for the life of me, I can’t figure out why or what I might have done to give her permission to be like that towards me.

*
One day, I told my mother about this woman. As I was telling her, I remembered that a few years back – in March 2012, to be exact – I did a Riana Scheepers writer’s course for one week in Wellington. It was truly amazing and well worth the money. I met some incredible people that week, people that did the course with me.

But there was one specific woman that was part of our group, and it was obvious she didn’t like me.

Everyone around me noticed that too. She was crude and disrespectful towards me, and she wouldn’t look me in the eye.

The more I tried to be friendly towards her, the more she hated me.
Eventually, I made my peace with her. I gave up and distanced myself from her.

But at the end of that week, the story finally came out:

This woman had a deaf mother. And this mother had made life a living hell for her.

So she took it out on me.

Turns out, I had absolutely nothing to do with it.

It was not my battle to fight, and I was not the problem here.

*
Thinking about the woman at the writer’s course has made me ponder and think about this local library lady.

What is her issue?

What happened that she would hate someone like me?

Because the odds are enormous that the reason why she hates me has absolutely nothing at all to do with me as a person, as someone called Vicki Fourie.

*
This week I was looking for Mary Higgins Clark’s books, and I couldn’t find it at this specific library. I got this bright idea to go to another library in another area, quite a bit far from where I live.

I got there, and as it turns out, my membership card works there as well. I found one Mary Higgins Clark book and took it out.

One white lady was working there as well. And she was fabulously friendly to me. She remembered me from a couple of years back and said I had often come to take out books there.

‘Your hair is still pretty as always, Vicki. It is shorter now than what it was back then,’

‘Yes, you’re absolutely right. My hair grows fast, so I have to cut it every couple of years.’

I looked around the library and decided that I like this place. It’s bigger, cleaner, and has plenty of natural light coming in.

I asked the woman for her name, and she said, ‘Hester. My name is Hester.’

‘Thank you, Hester. This is a lovely place. I will come back more often.’

As for the white lady at my local library, I have decided not to scratch my head in wonder anymore, asking myself, ‘Why she is like that towards me?’

Because chances are, it really has nothing to do with me at all.

It makes me wonder. Whenever someone is rude towards me, it is merely a reflection on their character and who they are as a person.

It has nothing to do with who I am as a person.