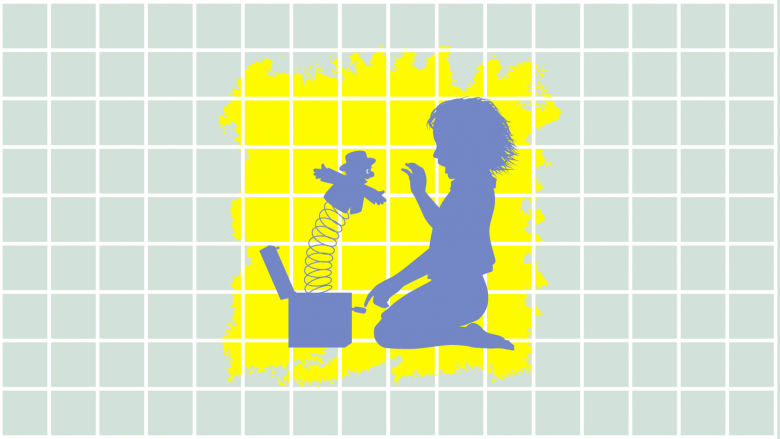 ‘Then the Lord answered me and said,

‘Write the vision and make it plain on tablets, that he may run who reads it.’

My word for this year is a picture of a ‘Jack-In-The-Box.’ Very much like the little girl in my feature picture that I designed, I am expectant of the little surprises that will pop up along the way.

And there will be many surprises along the way, surprises that might frighten me at first. Just like a Jack-In-The-Box – when it pops out, you get quite a fright. But then you notice it’s a lifeless doll, there’s nothing to be frightened about at all.

Along with this word, I also received other little prophetic nuggets that I want to focus on this year. I am writing down the vision, and I’m making it plain to see. I want to run with it, as that verse in Habakkuk says.

Here is a summary of the little nuggets.

In 1998, a man named Doug Roberts prophesied over me. I was nine years old, and he came from America to visit our church in Worcester.

At the time, the prophecy meant nothing to me. Only years later, it is now coming into fulfillment.

She’s gonna cause people to walk in righteousness and integrity in their commitment to the Lord. She’s gonna reach down and say: ‘This is not fair; this is not right. This is the way and the things of the Lord.’ And begins to bring unity and brings a way of equality to one another. That people can walk in the same measure and same equality and same calling and same purpose of God’s love. For she’s gonna be one that the color and the racial is not gonna be an issue to her. She’s just gonna see the heart of the people.

My father always had a dream of starting a School of the Prophets. This dream didn’t manifest in his life, but now the double portion anointing is coming to pass through me. We wait with anticipation as that dream will unfold this year. (I wrote about this in detail in Blessings of My Father).

I will steward my father’s unfulfilled prophetic words by going through his folder of words that were spoken over his life.

BORN FOR SUCH A TIME

Fifteen years ago, I finished high school. A couple of people prophesied over me and said that I was going to be like Esther and that I was ‘born for such a time as this.’ I read up on the life of Esther, and I realized she had competed in a beauty pageant. And so that’s what I did, and I won Miss Deaf SA two years later.

I thought that that phrase in Esther 4:14, where Mordecai said to Esther, ‘For if you remain silent at this time, relief and deliverance for the Jews will arise from another place, but you and your family will perish. And who knows but that you have come to your royal position for such a time as this?’ was only meant for that time when I was Miss Deaf SA.

But for the last year or so, that verse has been popping up everywhere again. I know it is in connection with the revival of my career that is now taking place, dreams that are being restored, and plans that are coming into alignment again. It’s a full circle that’s taking place.

Hayley De Reus visited Jeffrey’s Bay in September 2021, and she prophesied over me that I am a ‘surrendered pioneer.’ This is such a beautiful phrase, but there is also so much contrast between these two words. I think it’s a beautiful phrase and I cherish it with my heart.

Whenever I start to panic and feel that it’s my own ‘works’ that bring results, I simply give my dreams back to the Lord. I do what I can, but I make sure that I don’t burn out. I’m doing it differently this time, than when I was Miss Deaf SA. I give all my dreams back to the Lord. This is a constant and daily I’m doing. This phrase is a beautiful reminder that keeps popping up in my head.

This word goes into alignment with what fellow BSSM alumni told me, ‘You are a builder, but you have the grace for it.’

I’ve been following Nate Johnston on Instagram, and his words have been like arrows to my heart. Every post, every story he shares, is like it’s meant just for me. I will keep on reading his words this year, for they are water to my soul.

This is one of the many words that speak to my spirit:

‘The people carrying a powerful breaker anointing in this season are those who were broken the season before it.

Just remember that cause around the corner is coming a time of obstacles being demolished before you, mountains crumbling at your feet, and demons running in terror at your every move.

You may still feel tired and depleted from the fight but you can feel it – something internally has shifted, there is an infilling taking place, you are being dusted off, and God is standing you to your feet.

Yes, you are turning a corner from feeling powerless and constantly trying to defend the little you have left to chasing down the giants that even remotely came in your direction.

Soon you will feel the freshness of the spirit upon the places of your heart that felt cold and bitter and instead of trickles you will feel the rush of rivers of living water burst out of you again in Jesus’ name.’

YEAR OF THE TIGER

Every year, the Chinese calendar has a zodiac animal they focus on. It isn’t based on the stars, instead, the animals arose as a result of a Chinese fairy tale that is thought to have their root in Taoism, an ancient Chinese religion.

Out of curiosity, I Googled to see which animal is the zodiac sign for this year. And for some reason, it resonated with my spirit. Here are a few things that stood out for me:

‘The primary meaning for tiger is personal strength. The tiger may point out a recent event or situation that prompted you to show courage and determination.

The tiger could remind you of your personal power and ability to overcome obstacles. Seeing the tiger also means that you’re overcoming fears.

Tigers can represent physical strength, vitality, and health. The expression ‘strong like a tiger’ applies to you.

The mystical tiger was also used extensively for its medicine. In many tribal areas, tigers are still hunted today for their bones and skin. The tiger brings healing.

no other animal is as fearless and steady as the tiger. In some Eastern countries, the tiger represents status, rank, place, and position.

When he is not hunting, you will find the tiger sitting still and it appears as if it is presiding from its lair. And while he is acutely surveying his kingdom, he is aware of everything. Thus the tiger teaches us to remain grounded in the present moment.

In the East, the tiger is always regarded with awe for its beauty combined with the underlying fear for its massive power.

In Chinese religion, it is a symbol of war and the highest-ranking general.

In some allegories, the tiger stands for the service of righteousness, strength, and valor.

The yellow tiger inhabits the earth and reigns supreme over the other tigers. In the Christian tradition, the tiger represents royalty, fearlessness, and wrath.

Tiger spirit animal is suitable for someone who acts with precision, instills confidence, deepens presence, and awakens passion and power. This is the largest of all cat species and it moves with grace, purpose, power of stealth, and self-assurance.

Hidden in its furry paws are sharp claws that can kill. It takes time to study its prey and attacks only when ready. When a tiger spirit animal appears, it is time to get serious.

Much of your personal power comes from an instinctive way of seeing and dealing with things. You are a symbol of natural strength and valor. Your total self-confidence leads you to clear-cut decisions.

You are a born leader and your colleagues and peers look up to you for guidance and support. You are a solitary being and content living that way.’

Hebrews 3:4 tells us, ‘Every house is built by someone, but God is the designer and builder of everything.’

The dreams and visions we have can only come to life through our connection to the Master Builder. Leslie Crandall once said, ‘By spending time with Jesus, in return, you will get authority.’

What are you dreaming about? What are you passionate about? What is God saying? He has a plan and a purpose for your life. He has given you gifts and callings that carry a unique expression and will powerfully bless those around you.

What do you want your year to look like? Write it down, make the vision plain and run with it.

As I was writing this essay, the song ’22’ by Taylor Swift kept popping up in my head. A fun, upbeat & secular song, it’s all about living in the moment. And in the spirit of continuing the ‘Restoration’ theme in my life, I will be 22 this year. 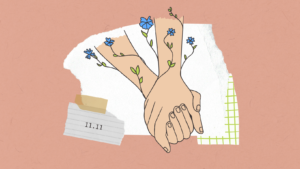 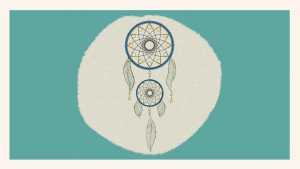