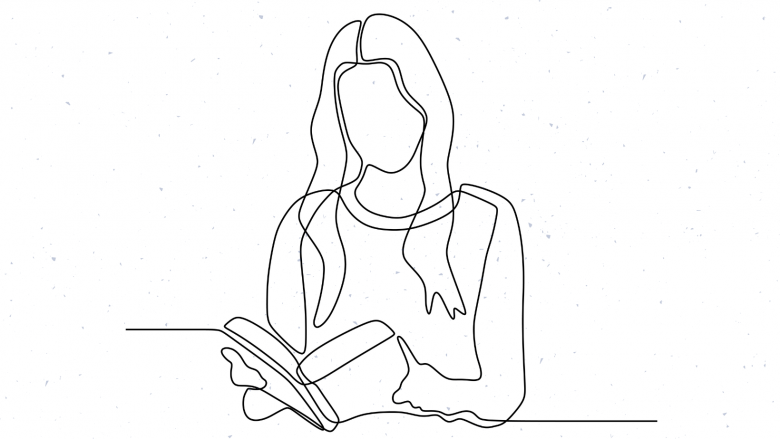 | READ PART ONE OF THIS ESSAY |

Prophesying over others can be a scary thing. It requires boldness, to take a leap of faith and hope that Holy Spirit will catch us. It’s a journey of learning to trust Him and getting to know His nature and how He functions.

I remember the first time I decided to step out of the boat and walk on the water. I was living in Worcester and I was barely 12 years old. I bought a pack of Quality Street chocolates and made these cards. I printed Bible verses, quotes, and sayings on them, and attached them to the little chocolates. Every time I went to town to do some shopping with my mom, I would take a handful of those sweets with the cards attached. I would ask Holy Spirit to highlight people to me, people that I needed to give those little gifts to. It worked out wonderfully, and the people loved it. This is one safe way of testing the water, of trying it out.

Another safe way of trying out prophecy is by going to church on a Sunday morning. Ask Holy Spirit to give you a word. Then look around you, and see if there are any strangers there, people that you’ve never met before. Then go up to them, and give them your word of encouragement. Pray for them, if necessary.

Most recently, I had opportunities to prophesy in different ways:

One specific night, I had a dream of a friend in Cape Town, and in this dream, she was sick and not feeling well. I woke up, texted her, and asked her if everything was alright. ‘No,’ she replied. ‘I have to go to the doctor today and I’m scared.’ This gave me an opportunity to pray for her and release healing over her body. She went to the doctor and found out that it turned out to be a minor issue.

Another way I prophesied, was when I had to buy a thank-you gift to my neighbor after she looked after my cat for a few days while I was away. I went to Typo and bought something that I normally wouldn’t buy for anyone, but I was led by Holy Spirit to do so. When she opened up the gift, she was shocked because just earlier that week she had told her family that she wanted to buy those stencils for herself. It turned out to be exactly what she had wanted.

Sometimes prophesying means seeing and highlighting hidden gifts in friends’ lives. In the course of one week, I met up with three friends separately and I felt that I had to tell each of them that they have the gift of writing and that it’s time to start… All three of them had been thinking of writing that very same month but didn’t feel like they had what it takes… My word was confirmation to them.

I met a young mother named Ruth, and when I went home, I felt the Lord saying to me, ‘I want to give Ruth a new name. It is Joy.’ I texted Ruth and told her, ‘I feel that the Lord wants to give you a new name. It has something to do with Joy.’ She answered me, ‘It’s really ironic because it’s been my prayer for a few weeks now, just to feel real child-like joy again.’

I had to write gift cards to welcome BSSM alumni who were coming to Jeffrey’s Bay for a weekend in September 2021. On the one card, I wrote, ‘You were born to make waves.’ It was put on Colleen’s bed in her room, and later on, she testified that the card meant so much to her. ‘Lately, I had felt that I need to box myself in, to control myself. But now I know that is not who I really am. I was born to make waves, and I was born to stand out.’

A riskier, more challenging way that we can prophesy is to get a piece of paper and write certain keywords. It can be anything, from ‘Woman wearing purple top’ to ‘Pregnant woman with a pram.’ Any kind of description you can think of, you write it down. Then in a group of about four or five people, you go to certain locations in town and try to find those people that you described on your list. Then you go up to them and you prophesy over them.

I’ve done this before, and it’s incredible how God can work anywhere, with anyone. That’s why it’s called Treasure Hunt – you hunt for the people that you need to minister to, and you bring out the gold in them.

One testimony I can share is of a Treasure Hunt I joined in September 2021. One girl in my group wrote down ‘sunflowers.’ We were driving in my car when she read out her keywords, and as I looked ahead, I saw a man selling sunflowers. So I pulled over and we went up to the guy. As we started ministering to them, we all felt that this man was ‘seen by God.’ So we told him that, and he laughed, saying, ‘My Xhosa name means ‘seen’ in English!’

That was truly a spectacular moment.

Hailey Braun spoke at a conference in Port Elizabeth a few months ago, and I had the honour of attending. She shared the following with us:

‘There are some amazing solutions in this room. God doesn’t reveal his solutions to just anyone, he reveals them to friends. Jesus is looking for friends who will run with Him. When you’re a forerunner, you tend to feel alone. But remember, you have a pack behind you, following you.

When you’re prophetic, you’re constantly seeing the future, so there will be a frustration between now and what is yet to come. You receive salvation through faith, but you receive the baptism of the Holy Spirit through surrender.’

That is our inheritance as Africans. If your forefathers were French Huguenots, then I want to encourage you to read my essay Of Roots & Wings. That is just one of the spiritual inheritances that we can pull from…

Whenever I think of prophesying, I think of an arrow. It is sharp and it pierces into the hearts of people. The more we practice prophesying over others, the sharper the arrow becomes.

There are over 37 verses in the Bible about arrows. I recently heard a new one that’s in Psalm 127:4, and it’s so beautiful: ‘Like arrows in the hand of a warrior, so are the children of one’s youth.’

I heard it after I met Ruth, a local in Jeffrey’s Bay. Shortly after she got married, she became pregnant and she wrestled with the Lord. She was still young and hadn’t planned on having children so quickly after getting married. The Lord showed her this verse, and she knew that she had to name her daughter Arrow. ‘I also believe that she will be a prophetic person,’ she told me.

Isaiah 49:2 says, ‘He has made My mouth like a sharp sword, in the shadow of His hand He has concealed Me, and He has also made me a select arrow, He has hidden Me in His quiver.’

Whenever you want to prophesy over yourself or others, ask yourself: does this word glorify God? Do I have love in my heart for that person? Step out in faith, and rivers will flow from your feet – the anointing will come.

And… just imagine what it would be like if all our words and thoughts were like arrows; sharp and focused, changing people’s lives forever. Changing our lives forever. Imagine the impact it would have on your community and those around you…

If you have a hard time hearing God’s voice for yourself and others, then I want to encourage you to sign up for Theresa Dedmon’s courses. The ‘Hearing God’ course is simple, yet so easy to apply in daily life. Theresa addresses various lies that we believe about hearing God’s voice, as well different ways that we can hear His voice.

In her intro, she says the following:

‘I believe one of the most pivotal moments will be when we decide to have a personal relationship with God. Yet, after we do this, many of us are unsure or overwhelmed in how to hear God’s voice for ourselves. We value how God spoke to others in the Bible, yet question our own ability to develop our own history with God.

This leads to many people feeling frustrated or disconnected in attempting to hear God’s voice. John 10:27 says, ‘My sheep hear my voice,’ which reveals the truth that every believer has the capacity to hear and discern God’s voice.

The issue, therefore, is not in our ability to hear, but rather a developed discernment of what He is saying to us personally and then obeying and following His promptings.

Knowing how to hear God’s voice is key for us moving towards the green pastures that the Good Shepherd has prepared for us.’

Some of the highlights from this course that really blessed me:

How amazing is it that the King of kings and the Lord of lords are so mindful of us, that He dwells among us and speaks to us? We don’t have to ask for permission; we don’t have to go through different channels to get to Him.

We can simply be wherever we are, and just become quiet. He is so mindful of me – and you – that He is always speaking, always ready to build a relationship.

We only need to be still and listen.