Mindful Of Me: Part 1 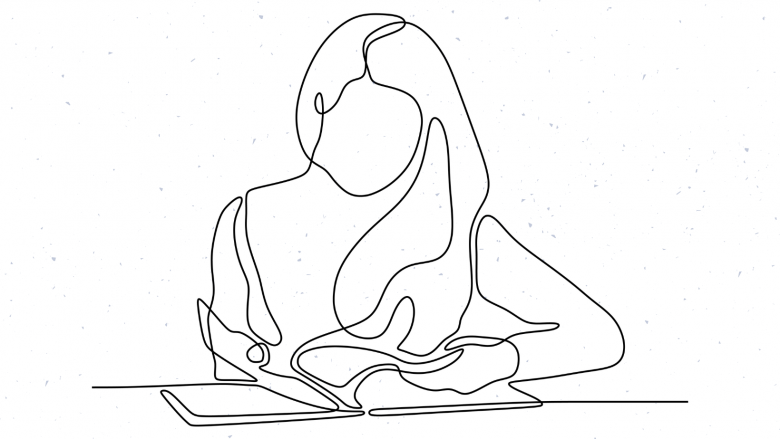 In the past, whenever I used to do motivational talks, I would prepare myself. I knew I had to clear out my schedule for a few days after doing a talk. I would be drained, completely tired, and empty. I made sure I had no other big commitments to attend to. Instead, I would stay at home, focusing on recuperating and recovering.

Being in the spotlight meant that people wanted ‘a piece’ of me. They would come and take what they could, giving nothing back in return. Everyone wanted autographs, selfies with me, and group photos. Some would come up to me after I did my talk, hug me, and ask me to pray for them. Some would comment that I was ‘an inspiration and that I ‘encouraged’ them greatly. Others would tell me stories of family members that also had hearing loss, and/or wear hearing aids/cochlear implants. Some would tell me that they learned sign language and that they wanted to try it on me (alas, I don’t use sign language as means of communication). Others would ask for advice on how to deal with their teenagers or how to get rid of depression/anxiety. A few would ask for my contact details so that they could book me for another event.

It was a game of give, give, and give. I knew my capacity, which is why I tried to only do two events per month. Within those five years of being a full-time motivational speaker, I had spoken at about 150 events. It included schools, churches, and functions. In between, I also did other things, which drained my energy as well (photoshoots, beauty pageants, interviews, etc.). But nothing drained my energy as much as doing motivational talks.

Until this previous Sunday.

This previous weekend I had the honour of sharing a word at a gathering of sons and daughters in Jeffrey’s Bay. We were a group of about 25 people, and we got together at Brandon and Mandy’s house.

This time, after I finished sharing my word, something interesting happened.

People in the group started ministering to and prophesying over me.

Now that was an interesting experience.

I went home that day with a full heart. I jotted down their words of encouragement on a piece of paper, exhilarated at what had happened. I waited for that ‘crash’ to happen, the ‘crash’ that usually comes after doing a motivational talk.

And it made me wonder:

Do we ever think about the fact that our leaders also need words of encouragement, support, and prophecy? Our bosses, our pastors, our parents, our teachers, our school principal, etc.? Do we even do that often enough? Or do we just take, take and take?

We are living in an age where it’s no longer just the leader that can hear God’s voice; each one of us can hear it for himself/herself. We all have the authority to hear from God, to encourage one another, and build one another up.

But we don’t always realize it. We wait for someone to encourage us, prophesy over us, pray for us.

But you know what? Holy Spirit is already inside of you. He is so mindful of you that He is always speaking, always ready to engage. But we are simply not aware of it. We don’t realize what we carry inside of us.

Lately, I’ve been reminded again of the value of hearing God’s voice. The moment we become born again and we give our lives to Jesus, is the moment something opens up in the heavenly realm. Our portion and our inheritance are given to us, and it is Someone called Holy Spirit. He gets to live inside of us – we as the temple.

But most of the time, sadly, we are hardly aware of Him.

Some of the definitions that popped up were: Old Testament prophets prophesied the coming of the Messiah. Also, in the OT, you had to have the office of a prophet and if you got your prophecies wrong, you were killed on the spot. The prophets’ prophecies tended to be heavy and condemning.

Whereas New Testament prophecy is different. It’s a gift available to everyone because we all get to receive Holy Spirit. He guides us in all truth and He leads us in what to say and how to say it. We also receive grace for when we make mistakes, for we are no longer under the law. New Testament prophesying is to exhort, edify and uplift one another.

Our motto should be when we prophesy today – which is New Testament times – that we should applaud risk-takers.

I’d like to share with you a story of the power of hearing God’s voice – and the confirmation that can come with it:

I’ve been writing – or at least, trying to – my memoir. It’s been a difficult couple of weeks, as I’ve been unsure what I want it to look like and how I should write it.

One morning, I was struggling with writing a chapter about my father’s early years. I made a note underneath that chapter that I wanted the focus to be on the two times in my father’s life where he heard the audible voice of God. I also made a note that I wanted to implement my essay ‘Righteous Dreamers’ into this chapter, as this essay is about Joseph (Jesus’ father) and the dreams that he had. Joseph’s decisions that he made regarding Jesus’ early years made me think of my dad, and the pivotal choices he had to me about me and my early years.

I still felt unsure about these notes and thought it might not work for my book. Frustrated, I closed that chapter and chose instead to watch one of Theresa Dedmon’s Create Academy courses, which is called ‘Hearing God’.

And lo and behold, guess what? The first video I watched kicked off with Theresa talking about the two times in her life when she heard the audible voice of God!

As the video continued, she started speaking about Joseph, Jesus’ father, and the dreams that he had!

I was amazed and I simply had to laugh out loud. This is what it’s like to walk step in step with hearing God’s voice.

I knew I was on the right track with my book, and I could feel Holy Spirit ministering to me in such a way that I realized that I am so hard on myself. I need to be kind to myself, for Father God is kind to me. I repented and felt free once again.

In the introduction of the ‘Hearing God’ video course, Theresa shares with us:

‘Imagine waking up each day and hearing God’s voice, feeling and sensing His presence and love as we pray, drive in our car, go about our day, work, or play throughout our day.

This is how we encounter this abundant life Jesus promised, which is accessible to every believer.

Hearing God’s voice is essential to having a dynamic and fulfilling relationship with God.

Every believer has the capacity to hear God’s voice.’

Some prophecies can take a few years to evolve and develop. That is why it is important to write it down and keep it in a safe place, for we tend to forget these things easily.

My dad often liked to say that ‘Often things are not canceled; it is simply postponed.’ Such is the case with prophecies. Our timing is always different from God’s timing.

One such prophecy was one that I received in 2017 when I was in Redding, California. Someone did prophetic art and drew me a picture of a fire with logs around it. The person who gave it to me didn’t have any interpretation for me, except that ‘it would happen in South Africa.’

Every time I would look at it, but it never mean anything.

Until a few weeks ago.

A group of BSSM alumni came to Jeffrey’s Bay for the weekend. We were to have an Encounter Evening at GLA, and we were praying together. Someone from East London said, ‘There’s a fire burning with embers. There’s dry wood surrounding it, and it catches fire quickly and the fire is everlasting.’

I was immediately reminded of the drawing in my Book of Prophecies.

Then someone else came up to me that weekend, someone who had never heard that word from East London, and said to me, ‘You are someone who speaks with so much authority. It is astounding. Every time you speak, it’s like you start a spark in people’s hearts. It becomes a flame and eventually a wildfire. The fire is like seeds fermenting, seeds popping up in people’s lives and it comes up like a fire. It’s contagious, it spreads and can’t be contained. It brings fruit and grows in people’s lives.’

And then a few days later, a friend of mine said, ‘I keep sharing with people how incredibly sharp the Lord has created you when it comes to speaking. You bring fire!’

This is what it’s like when we steward the words God has given us. It builds and builds, and confirmation gets sent our way. We are confirmed and established in our spirits, and we can live and move freely in our beings…